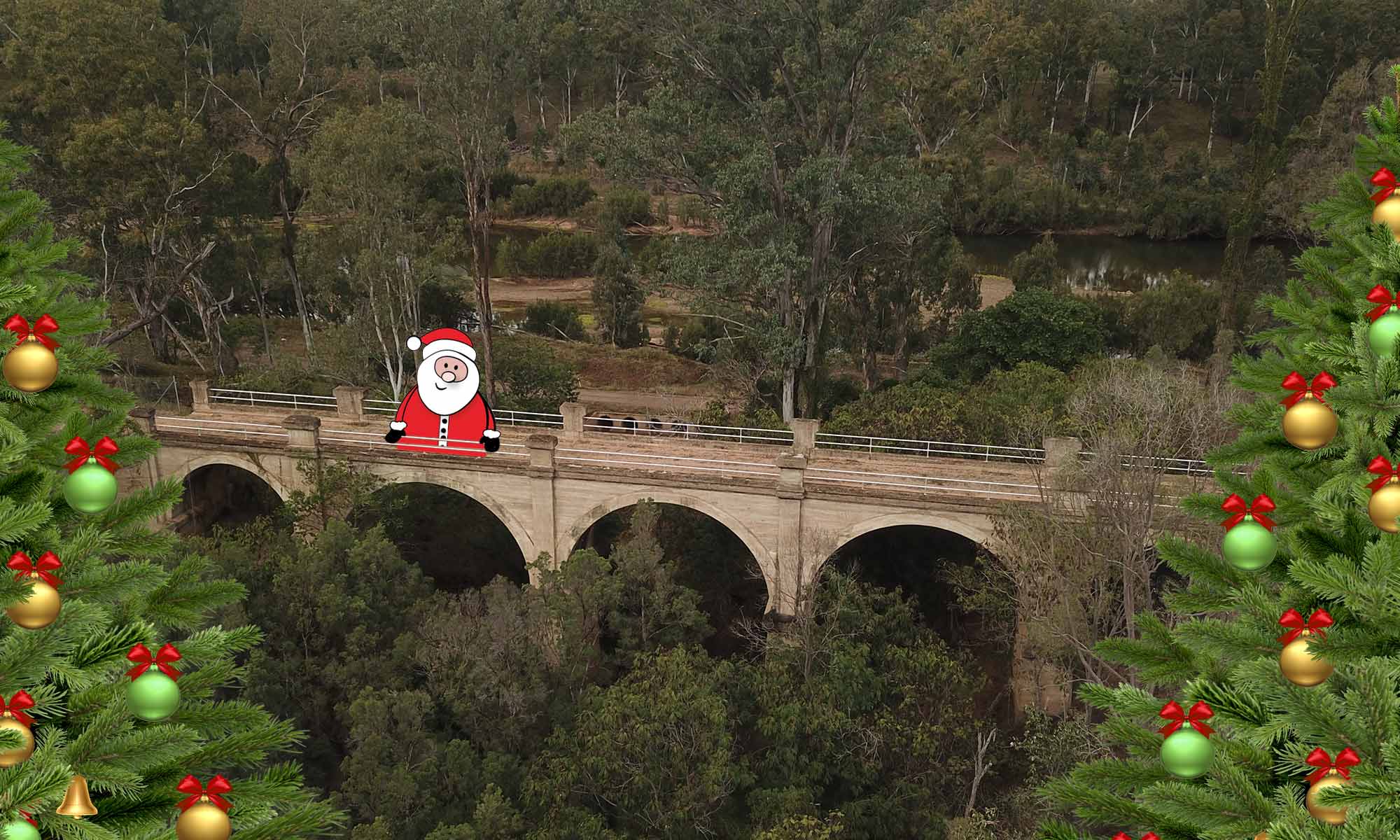 I hope Christmas and the New Year bring you many reasons to smile. Good tidings to you and yours.

I was good yesterday, and am hoping Santa thinks that is enough to bring some rain.

“Come on, we want this to happen”

As 2020 comes to and end, this is the overarching feeling about the Trail.

The year has seen some milestones with a full access licence for the entire corridor from Taragoola to Gayndah granted by the Department of Transport and Main Roads.

There were plenty of smiles and social distancing when the keys to the Trail (actually the bollards which stop vehicles accessing the tunnels) were presented to us.

We had a terrific roll-up to our meeting at Barrimoon, with plenty of representatives from Gladstone and North Burnett Regional Councils

Another milestone was the announcement of funding of a Concept and Design plan ($330,000) from the State Government. GRC with support NBRC successfully applied for this.

We have also been fortunate to receive a bequest of $80,000 (more information to follow shortly), and a grant of $5000 from GRC.

BBIRT now has a Hub to operate from in Gayndah. The old Goods Shed at the Gayndah Railway Station.

We have applied for funding for solar power, a refrigerator and modest kitchen facilities. It will be an invaluable asset.

Throughout the year BBIRT has continued with monthly meetings, always well attended and a happy place. They are a pleasure to attend. The meeting held at Gayndah was very well attended. 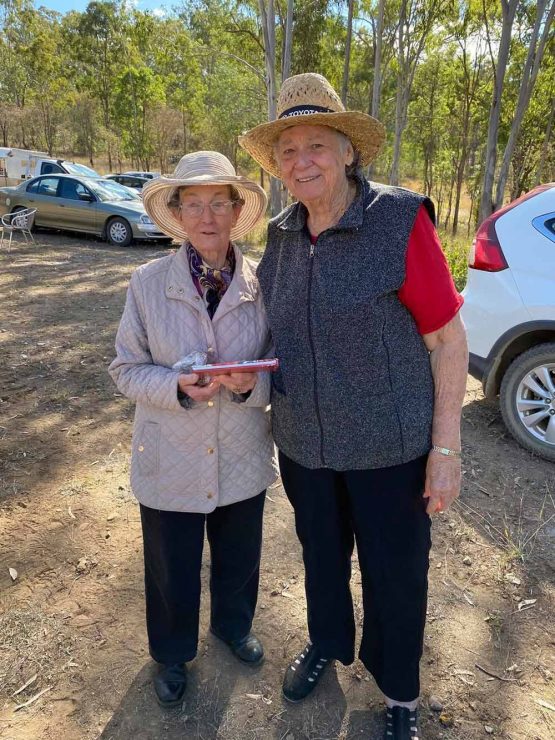 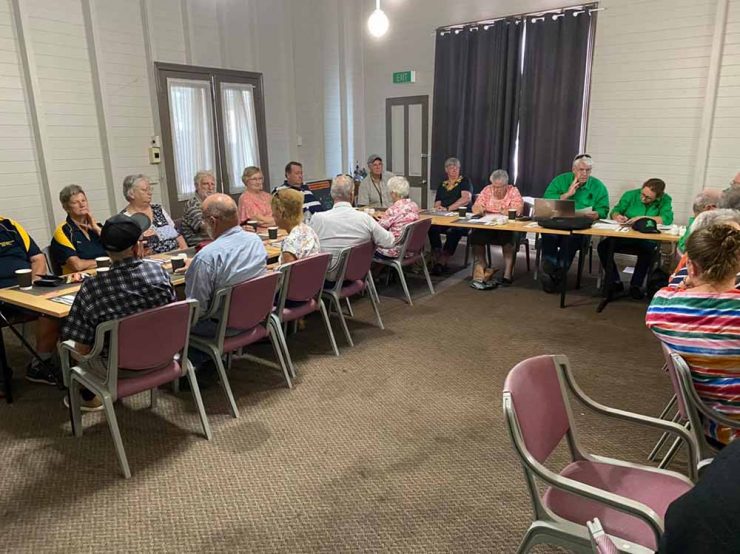 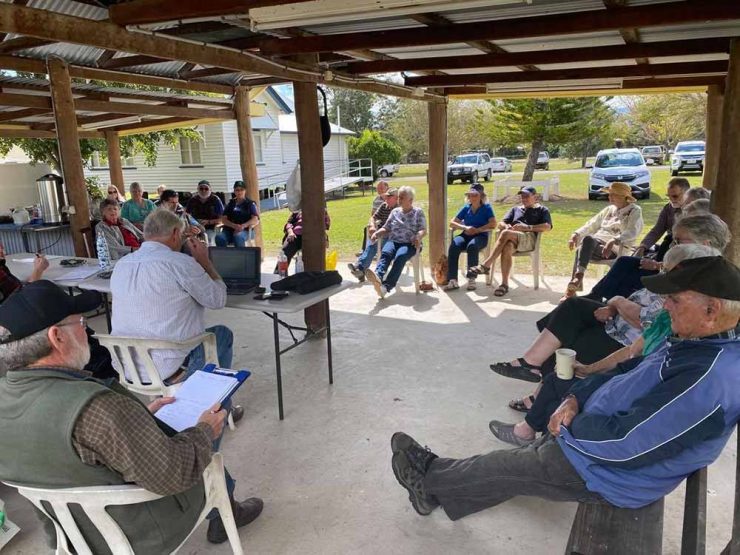 We have had working bees from Gayndah to Nagoorin, and attended some markets to promote the Trail and sell raffle tickets. Mike Goebel and friends set a fair pace doing lots of stuff at the Gayndah end of the trail. 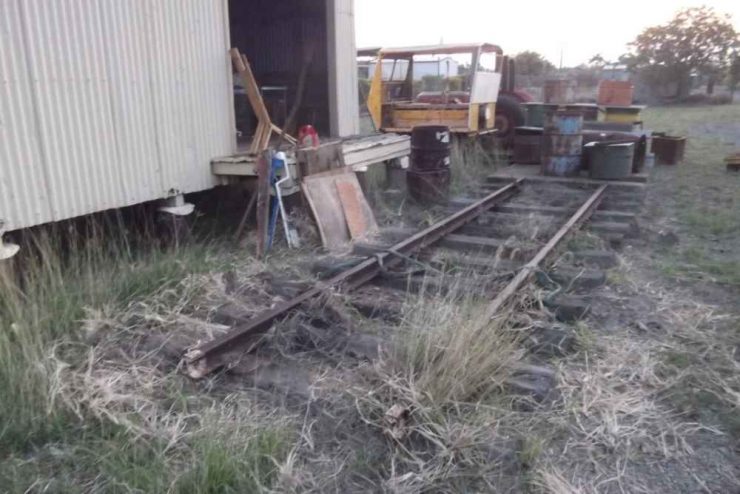 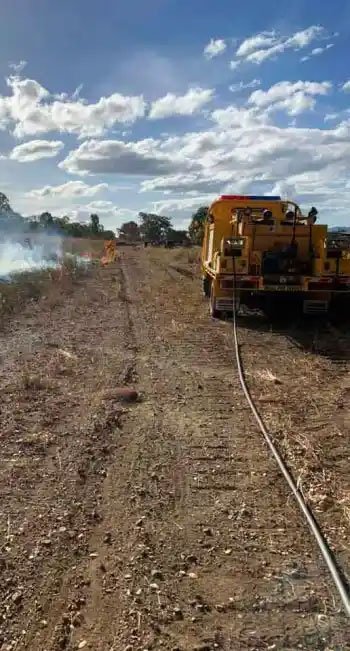 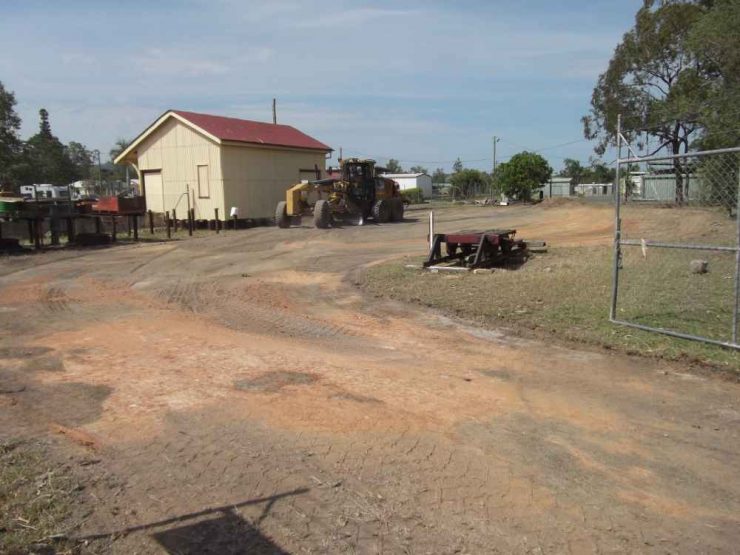 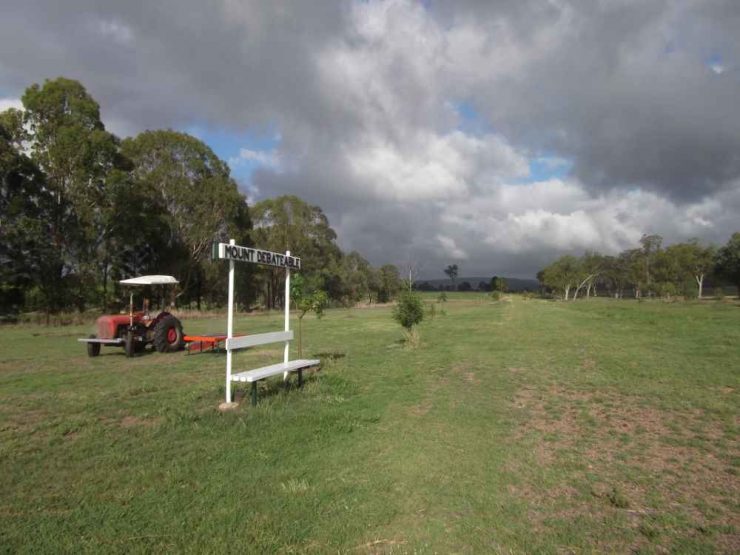 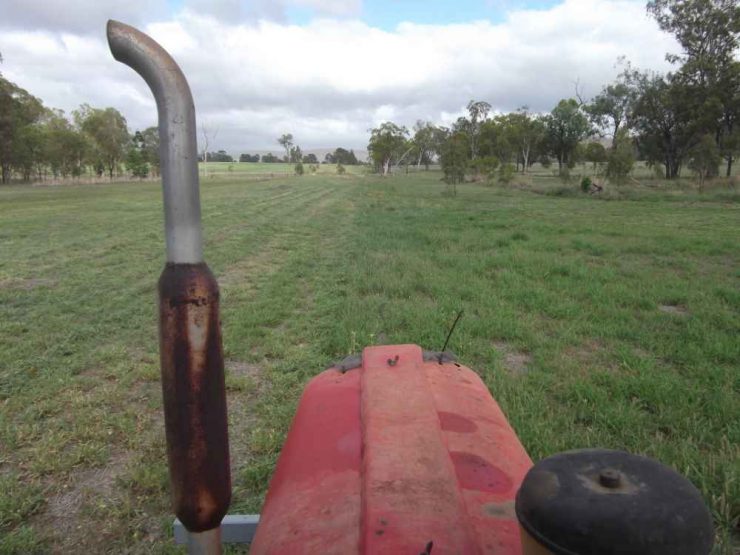 We have set ourselves a goal to have sections of the Trail open by mid year. It will be great if the section between Kalpower and Builyan and the first part of the Gayndah to Mundubbera trail can be open to the public.

We will need a hand to clear away a few stones and rocks between the tunnels, with all hands on deck.

Be sure to bring shovel or chip hoe, a hat and water.

No, really, the Dept. of Transport and Main Roads has kindly arranged to have this cleared as well as other smaller erosion repairs done.

There are several good significant funding avenues available in the New Year which we will be applying for, which would be great to get.

Even without these to hand, I believe it is very “doable” to get these sections open, probably designated as adventure trails.

The next photo is on the concrete work between the tunnels. I guess Mr. Quince had a harder job than us.

Recently, to end the year on a good note, Rail Trails Australia asked our Patron; Desley O’Grady to be their area representative for Central Queensland.

They wrote to Gladstone Regional Council and requested Council appoint Desley to the position in her roll as a Councillor.

Council moved and passed a motion to do so.

2 Replies to “Christmas Greetings, 2020, a look back; Looking Forward”