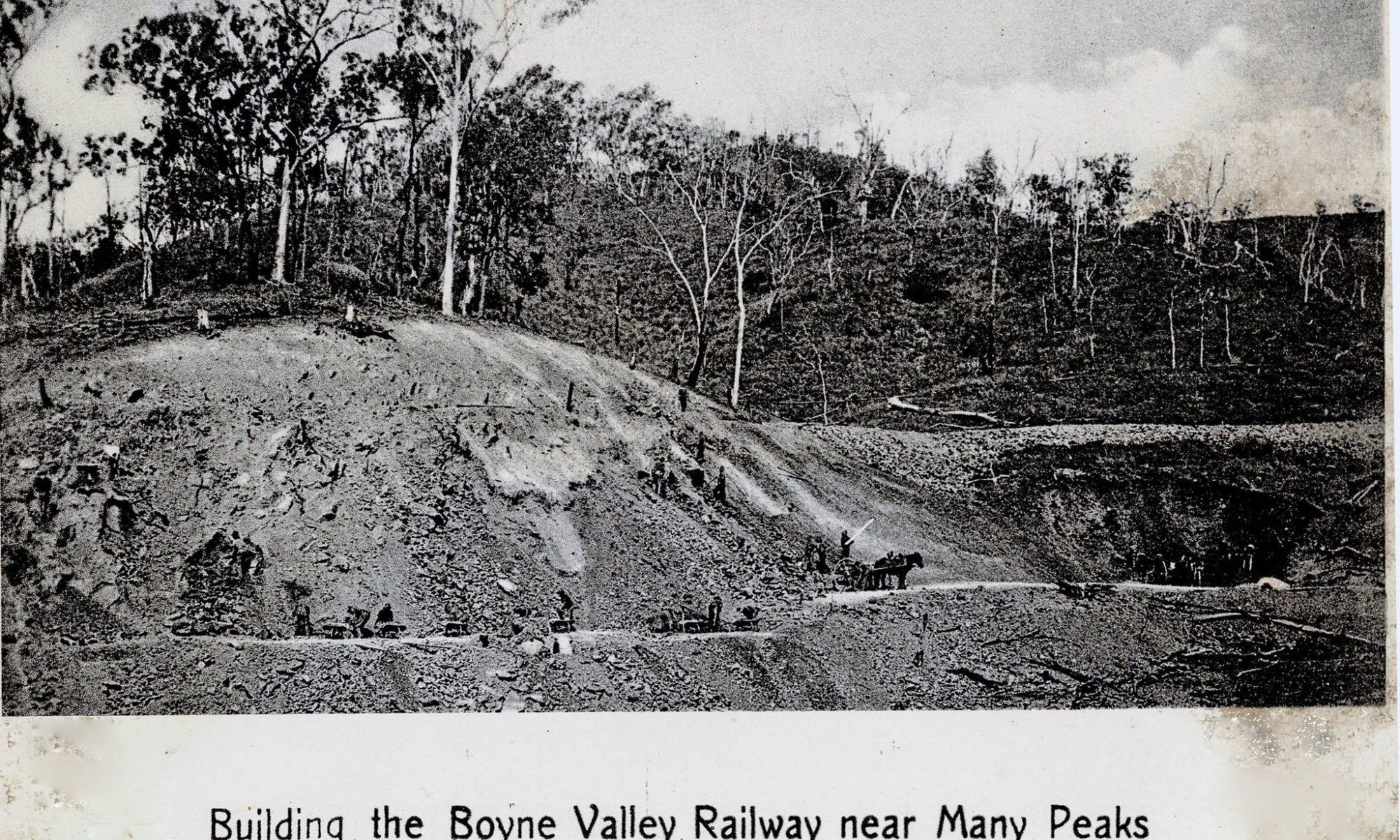 Lots of people follow us on Facebook. I was reminded the other day that many do not use it. Here is a catch-up and some photos which may give you an idea of where we are up to.

In a short time we decided to work towards establishing a railtrail for bushwalkers, cyclists and horse riders. It is a testament to the power of community effort that we are able to open the first section from Barrimoon to Builyan.

We have worked cooperatively and in collaboration with communities from Calliope to Gayndah, along with local, state & federal governments.

The State, through the Department of Main Roads and Transport has spent considerable funds enabling the preservation of many bridges and the hog-back sleepers with rail line in tunnel 6 on the Dawes Range.

About two years ago we were successful in getting an access licence for the Trail from Taragoola to Gayndah, enabling us to do some work.

Gayndah Heritage Railway had a licence and has been working at the Gayndah end for some years prior to this.

We have received a bequest from the Bradley Wolf Foundation for $80,000 which we cannot use yet, as we hope the State government will match that amount from a funding application GRC has made.

Our other funds come from donations, memberships, small funding activities and raffles.

For the first three years it felt as if we were spinning our wheels, however we were building the foundations. Members, through well attended monthly meetings, and a proactive management committee beavered away making (sometimes small) advances.

Now we have a significant membership and communities all along the corridor from Taragoola to Gayndah are working on their sections of the trail. This is just the first section to open, and others will follow as quickly as possible.

Most of the work is done on a voluntary basis, with very generous businesses and individuals donating things such as machinery, sawn timber and services.

Not long after the start of this year we set ourselves a goal to open the Dawes Range Section in July. We pushed that back as the year went on, but the wheels were no longer spinning. It meant some work in low gear from time to time, however for the last few months we have been in overdrive.

It has been such a great experience with so many hard working volunteers putting in many hours of hard work. We would be well past 1000 man hours in the last few weeks.

The only disappointment is that we had hoped to have the trail open for disabled access from Barrimoon to and through the first tunnel.

That has proven to be not possible just yet, but will happen shortly.

I believe the trail will provide a great deal of enjoyment for many people, and a much needed economic boost for the communities along the way.

Many existing and new businesses will be able to provide all types of services for new visitors to the Gladstone and North Burnett regions.

A gallery for a glimpse into the work.

3 Replies to “Opening the first section of BBIRT in a Few Days, an Overview”